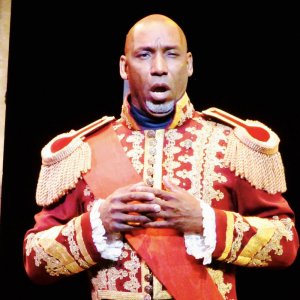 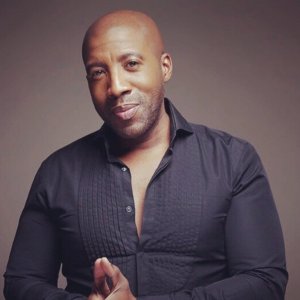 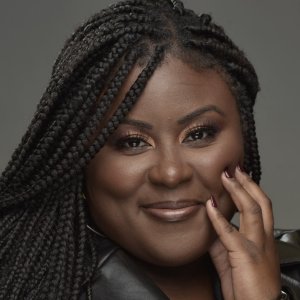 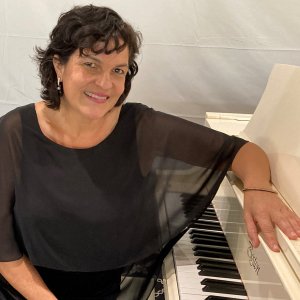 Maestro Mark Sforzini and St. Pete Opera in collaboration with the Woodson African American Museum of Florida and St. Petersburg Chapter of Delta Sigma Theta Sorority are bringing in a fabulous signing trio from New York. This trio from Gregory Sheppard and Company will be giving us an amazing program for the January 27th St. Petersburg Opera Guild luncheon at the St. Pete Country Club.

Nia Drummond, soprano: Described as a “moving and electrifying performer” by the Wall Street Journal, Nia Drummond is an up-and-coming performer who is known for combining her jazz roots, operatic training, early gospel influence, and R&B stylings into a unique, “genre fluid” sound. Nia has been featured at the world-famous Apollo Theater, the Playhouse Square in Cleveland, the New World Center in Miami, the Kennedy Center in D.C., St. Ann’s Warehouse in NYC, the Umbria Jazz Festival in Orvieto, Italy, and other world-renowned venues/festivals. She has appeared with The Buffalo Philharmonic Orchestra, Syracuse Opera, Buffalo Opera Unlimited, and the Cleveland Jazz Orchestra. She has also been featured in Renée Fleming’s American Voices, a televised vocal symposium which aired as a Great Performances documentary on PBS, with artists such as Eric Owens, Renée Fleming, Alison Krauss, Kurt Elling, Ben Folds, Sara Barielles, Kim Burrell and others. Along with her solo work, Nia has appeared as a background vocalist for the likes of: Sir Elton John, Bette Midler, Valerie Simpson, Fantasia, John Legend, Lillias White, Deborah Cox, Grace Weber, Melvin Crispell, III and others.

Jeremiah Abiah, tenor: Some people just have it. That seems to be the best way to describe Jeremiah Abiah. Raised in Rochester, New York, he was writing songs at age 10 and had performed at Carnegie Hall by age 21. He studied opera at Syracuse University and in the process learned to speak a half dozen languages. Most importantly to soul music fans, he also developed an incredible tenor voice — think of it as a strong, multi-octave, operatic version of Frankie Beverly — that led him to supporting work for such artists at Kem, Heather Headley and Rachelle Ferrell. Jeremiah tapped both the joys and pains of his younger days — including periods of being overweight as a child — to compose the music that became Chasing Forever, his debut album on Siri Records. The album was a showcase for both Jeremiah’s voice and for his expansive view of popular music, a view that certainly includes references to his classical training. The orchestration is lush and often dramatic, especially on the incredible ballad “Hope (The Reason Why),” the album’s highlight and one of the most memorable vocal performances of the year. Jeremiah runs a full-service Vocal Coaching, Artist Development, and Consulting firm (The ABIAH Way) for established and emerging artists seeking vocal development, creative consulting, and career advancing opportunities.

Piano Accompaniment – Teresa Ancaya (Principal Rehearsal Pianist): Teresa is an active piano soloist, accompanist and chamber musician. She holds a Bachelor of Music and Master of Music in piano performance with a minor in Spanish from the University of South Florida. She did post- graduate study in piano accompaniment in Austria. Teresa has appeared as a soloist with The Florida Orchestra and the Imperial Symphony Orchestra. In 2013, Teresa performed at Carnegie Hall with USF’s Chamber Singers. Currently, she serves as an accompanist for the University of South Florida, St. Petersburg Opera Company, Patel Conservatory, Opera Tampa, Florida Hospital Zephyrhills Chorale, and plays for various schools in the Tampa Bay area. Teresa has taught piano, coached singers, and accompanied students and faculty at Florida International University, the University of Miami, Florida Southern College, Southeastern University, and the University of South Florida. Teresa has also accompanied for V.O.I.C.Experience, the Vocal Arts Academy, Classical Voice Intensive at the Straz Center, and with the Gulf Coast Youth Choirs. In addition to playing piano, Teresa has appeared with the Opera Tampa Chorus in three operas under the baton of Maestro Anton Coppola.