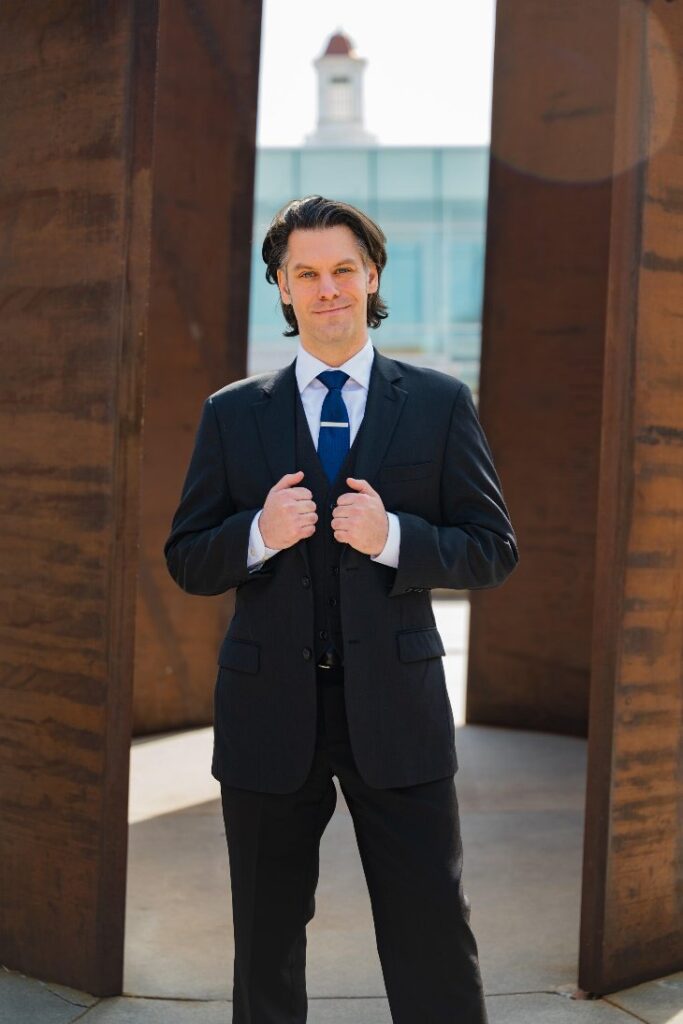 Patrick McNally is thrilled to get back to performing music for live audiences and is always excited to bring new works to life and invigorate great works of old. He is eager to be returning to St. Petersburg Opera to sing The Wolf in their production of Pinocchio. Drawing from his extensive performance experience, Patrick is equally at home on the opera, musical theater, and recital stage. Most recently this season Patrick was seen with the Quad Cities Symphony performing the role of Gad in Heggie’s Two Remain (Out of Darkness). He could also be heard this season singing with Opera North playing the baritone role in All Is Calm and later this season will be making his Opera Mississippi debut as the title role in Gianni Schicchi. Patrick can also be heard on Tangling with the Epic, a CD of newly created English art songs to be released late in 2022 on the Cedille Records label. A live performance of the works will be given in Vienna this summer. As an avid recitalist, he will also be providing a recital for the St. Petersburg Opera as well as for the Quad Cities Friends of Opera.

This past season Patrick premiered in his first Twitch Opera as well as multiple asynchronous productions for online audiences including the world premiere of Eat Your Greens by Peter Hilliard and Matt Boresi. Patrick has been known and glowingly reviewed throughout his career for his command of the bel canto repertoire, his stylish portrayal of Mozart, and his commitment to new works. He continues to delight audiences with a voice described as “robust” and “standout” by the Denver Post, reviewed as having a “Rich, expressive baritone,” and with a “lively” stage presence reviewed by Opera News.

Patrick has performed at houses across the United States as well as internationally. Recent highlights include appearances at Nashville Opera, Des Moines Metro Opera, Central City Opera, Tri-Cities Opera, Sarasota Opera, Dayton Opera, Opera Louisiane, Bronx Opera, City Lyric Opera, the Center for Contemporary Opera, the Boston Lyric Opera, St. Petersburg Opera, as one of the solisti of Lucca, and in Die Eutiner Festspiele. His recent oratorio highlights include Fauré’s Requiem, Handel’s Messiah, and the Bach B minor mass. Patrick has won many awards including the Richard F. Gold Career Grant from the Shoshanna Foundation and is a John Moriarty Presidential Scholar.