Eleomar Cuello Calles was born in Havana, Cuba, in 1994 and graduated from the Academy of the National Lyric Theater of Cuba in 2013, where he studied with Adolfo Casas. He lived in Chile, from 2015-2020 and now lives in Miami USA.

He has participated in master classes with Jennifer Larmore, Alessandro Corbelli, and David Livermore among others. He also completed a postgraduate in German Lied offered by the Higher Instituteof Arts of Cuba and the Liceum Mozartiano of Habana in 2013.

That same year he was the winner of the second prize in the National Singing Contest Ernesto Lecuona in Cuba. Despite his young age, Eleomar Cuello already enjoys extensive stage experience on an international level. In the Great Theater of Havana, and in the National Theater of Cuba, he was a member of the stable body of soloists. Among his repertoire sungin these theaters were Papageno (Die Zauberflöte-Mozart), Barone Douphol (La Traviata-Verdi), and Schaunard (La Bohème-Puccini).

With those same roles Eleomar appeared at the Opera of Daejeon fromSouth Korea. Other roles played by this youngbaritone in Cuba include Escamillo (Carmen-Bizet), Masetto (Don Giovanni-Mozart), Uberto (La serva padrona-Pergolesi), Polifemo (Acis and Galatea-Händel), among others. He has also sung various roles in operettas and zarzuelas, including Danilo (Die lustige Witwe-Léhar), Julian (La Verbena de la Paloma-Breton), Leandro (Las Leandras-Alonso), Lázaro (El Cafetal-Lecuona) and Pimienta (Cecilia Valdés-Roig). He has also participated in recordings of the integral work of guitar and voice of Harold Gramadgtes, as well as the complete work for voice and piano by Ernesto Lecuona.

At the Rubén Darío Theater in Nicaragua, Eleomar sungZúñiga and Morales(Carmen-Bizet). In Chile, he sung the title role of Don Giovanni (Mozart), as well as the Silvio (Pagliacci-Leoncavallo) both at the Rancagua Regional Theater; Mamma Agata (Leconvenienze ed inconvenienze teatrale-Donizetti) at the Municipal Theater of Las Condes; Apolon and Pluton (Orfeo-Monteverdi) at the Teatro Oriente; and Escamillo (Carmen-Bizet) in the Monumental Crescent of Rancagua; and Schaunard (La Bohème-Puccini) at the Regional Theater of Maule.

In January 2020 he debuted at the Teatro de la Zarzuela in Madrid as José Dolores Pimienta (Cecilia Valdés-Roig) and in November he was the winner of the second prize of the first Veronica Villaroel International Singing Festival in Chile. Eleomar recently had his US debut as Belcore in Elixir of Love with the Gulf Coast Symphony Orchestra in Fort Myers and has also collaborated with the Naples Opera as Giuseppe in the Traviata.

His next commitments are at the Teatro de la Zarzuela in Madrid for the Spanish opera Don Gil de Alcala of Manuel Penella in 2022. 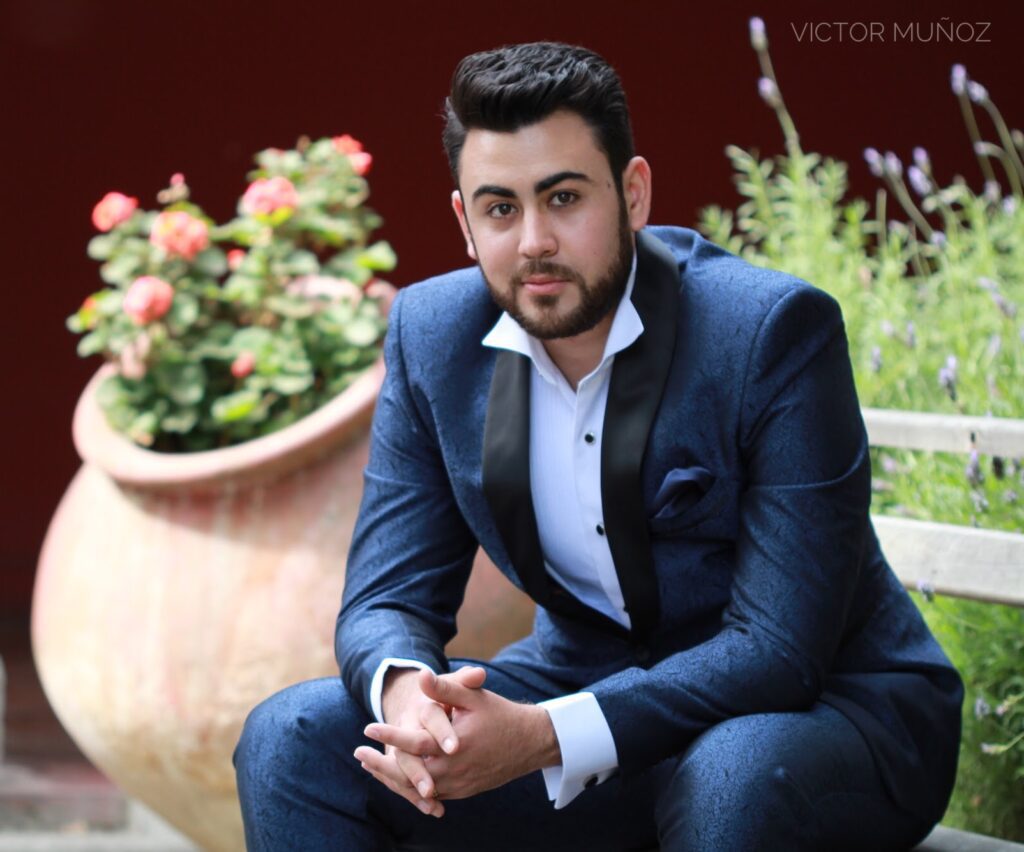